One of our favorite parts of Desert Financial’s Year of Giving is giving away exceptional experiences! Throughout 2018, you’ll have chances to win some of the most incredible experiences that the Valley has to offer. Read on to see what some lucky people have already won! 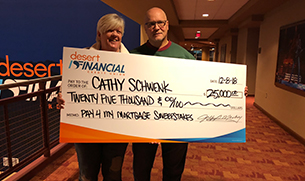 CONGRATULATIONS TO OUR PAY 4 MY MORTGAGE GRAND PRIZE WINNER — CATHY

Cathy was ecstatic when we informed her that she was a finalist in our Pay 4 My Mortgage Sweepstakes. Though she does not have a favorite player, she did mention that she is a huge Arizona Coyotes fan! When Cathy attended the game on December 8th, she had no idea that she would be one of our grand prize winners and receive a check for $25,000!

CONGRATULATIONS TO OUR PAY 4 MY MORTGAGE GRAND PRIZE WINNER — Kathryn

Kathryn’s mortgage is covered for a year!

When Kathryn entered our Pay 4 My Mortgage sweepstakes, she was dreaming of what life would be like with that $25,000 grand prize. Now that dream has become a reality! She will get to live in her home for all of 2019 without using her own money to make any mortgage payments. Kathryn called this a “life-changing win.” 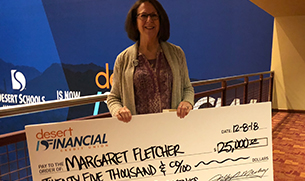 CONGRATULATIONS TO OUR PAY 4 MY MORTGAGE GRAND PRIZE WINNER — Margaret

Margaret was one of our big winners!

Margaret felt like she had scored the winning goal when she found out that she was a finalist in our Pay 4 My Mortgage Sweepstakes. Little did she know that she would feel like she just won the Stanley Cup when she learned that she would be taking home one of the grand prizes! Margaret now has $25,000 to cover her mortgage payments for the year! 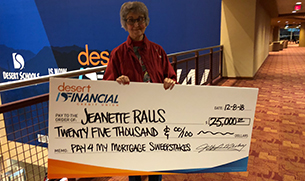 CONGRATULATIONS TO OUR PAY 4 MY MORTGAGE GRAND PRIZE WINNER — Jeanette

In 2019, Jeanette won’t have to worry about mortgage payments!

Jeanette was so excited to be a finalist in our Pay 4 My Mortgage Sweepstakes! When she attended the Coyotes game on December 8th, she was shocked to learn that she was a grand prize winner. With a fresh $25,000 in her pocket, she can dream about all of the things she will spend her money on in 2019 — since mortgage payments won’t be one of them.

CONGRATULATIONS TO OUR PAY 4 MY MORTGAGE WINNER — MICHAEL

As a Pay 4 My Mortgage finalist, Michael was excited to see which prize he had won! At the December 8th Coyotes game, Michael learned that he actually won two prizes. He is definitely going to feel like a member of the pack since he won a Coyotes VIP experience! As an additional surprise, he also received $5,000. 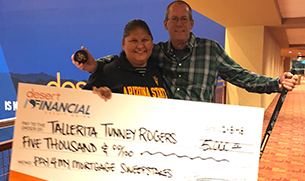 CONGRATULATIONS TO OUR PAY 4 MY MORTGAGE WINNER — TALLERITA

Tallerita could not wait to attend the Coyotes game and see what she had won in our Pay 4 My Mortgage Sweepstakes. As a huge fan of both hockey and all of our Arizona teams, it was fitting that she won some Coyotes swag! She also got to take home $5,000! 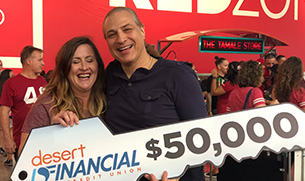 A new home is in Joe’s future!

Joe currently lives in Phoenix and was so excited to enter the Welcome Home Sweepstakes. However, he never thought that he would be a winner. At the October 28th Arizona Cardinals game, Joe found out that he was one of our two grand prize winners! He now has $50,000 to use as a down payment on his future home! 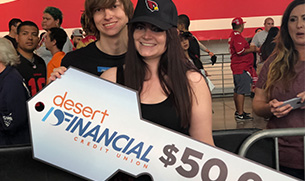 Sabrina now has cash to put down on a house.

Sabrina was so excited to learn that she was a finalist in our Welcome Home Sweepstakes. At the Arizona Cardinals game, she was overwhelmed when she pulled a model of a house out of her prize box, which meant that she was one of our two $50,000 grand prize winners! She currently lives in Tempe so she may soon be buying a home there. 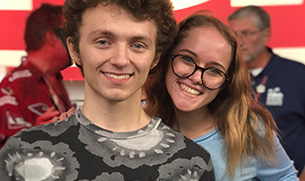 Ethan could not believe that he won two prizes.

Ethan currently resides in Scottsdale and is actually our youngest sweepstakes winner this year. He was excited to learn that he was a Welcome Home sweepstakes finalist. During halftime at the October 28th Cardinals game, it was announced that Ethan won a cardinals prize pack. He was thrilled, but he could not believe his luck when it was announced that he would also be taking home $10,000!

Michael’s prize was perfect for him!

Michael is a huge Cardinals fan. He has been attending their games for years. He was even sporting his Larry Fitzgerald jersey at the game where our finalists’ prizes were announced. Michael was the recipient of one of our Arizona Cardinals prize packs. As an additional surprise, he was also given $10,000 to help him purchase a home! 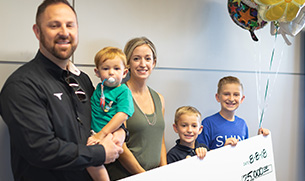 CONGRATULATIONS TO OUR PAID4 WINNER — AMY

Amy and her family are taking the fast lane to paying off their auto loan.

With raising three adorable boys, Amy and her husband have a lot of expenses on their hands. Winning $25,000 to help pay off their auto loan is going to make a big, positive impact on this family. It may even allow them to do more things together since they will soon have one less bill to worry about. 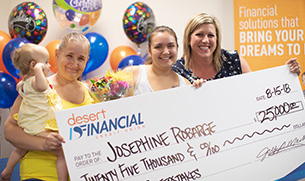 CONGRATULATIONS TO OUR PAID4 WINNER — JOSIE

Josie is kicking her old car loan to the curb. 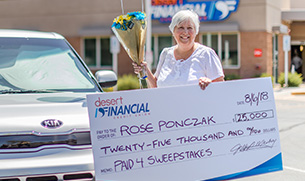 CONGRATULATIONS TO OUR PAID4 WINNER — ROSE

Rose is taking the driver’s seat and gaining more independence.

Rose has been living with a roommate because her expenses were overwhelming. Since she lives on a fixed income and needs to stay on a budget, she moved in with someone to be able to afford her housing. With winning the Paid4 Sweepstakes, Rose will be able to both pay off her auto loan and have some extra funds to gain a little more independence! She may even be able to move out on her own. 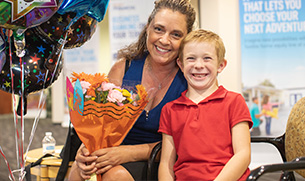 CONGRATULATIONS TO OUR PAID4 WINNER — STEPHANIE

Stephanie will be riding in her paid-off car all the way to Disneyland!

As one of our Paid4 winners, Stephanie was excited to learn that she would be able to pay off her car loan. She was also thrilled to learn that any of our winners who owed less than $25,000 on their auto loan still received the full prize amount! With that extra cash, Stephanie is going to take her son to Disneyland for the first time! 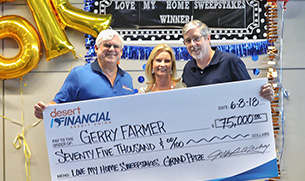 CONGRATULATIONS TO OUR 2018 LOVE MY HOME SWEEPSTAKES WINNERS

We are so excited for all of our winners!

Gerry received a wonderful surprise when we informed him that he was our Love My Home Sweepstakes grand prize winner and had won $75,000! He and his wife have big plans for their prize money — the first things on their list are a new front door and creating their own backyard oasis. Gerry won the grand prize, but we had several other winners as well: Lori Sandolo won $10,000! Dan Miller, Jake Padilla and Lucio Rodriguez each won $5,000! Congratulations to all our winners! 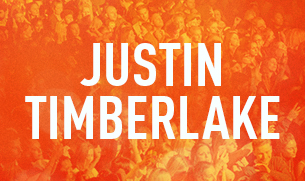 Angelina E. and Bethany W. were the fortunate winners of Desert Financial’s sweepstakes to see the “Man of the Woods” himself, Justin Timberlake! They were each given two suite tickets to attend JT’s concert at Talking Stick Arena. This was Justin Timberlake’s first Phoenix concert in four years — what a special night! Congratulations, Angelina and Bethany! 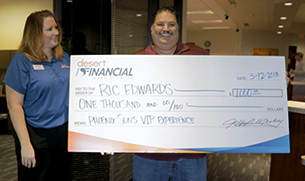 THE SUNS ARE RISING, AND RIC HAS A COURTSIDE SEAT!

The Phoenix Suns have one of the highest win records in the NBA, but it’s our member Ric who’s the big winner this season. With his pair of courtside seats, Ric will be right alongside the action at an upcoming Suns game. He’ll also have $1,000 in cold, hard cash to spend after the action has died down. Enjoy the game, Ric! 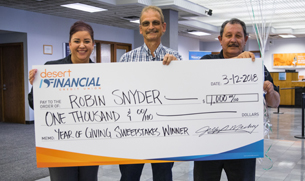 ROBIN IS READY FOR CARDINALS SEASON!

Robin has been a Desert Financial member since 1979 — almost a decade before the Cardinals made their home in Arizona! He’s happy that he will be attending a Cardinals home game against the Seattle Seahawks, where he will be able to watch the teams warm up on the field before the game. With his signed Cardinals jersey and $1,000 in cash, Robin will be the envy of everyone in the stadium. Way to go, Robin! 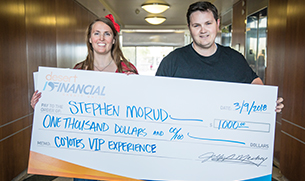 STEPHEN IS STOKED TO BE PART OF THE PACK!

Stephen found the pot of gold at the end of the rainbow when he scored tickets to see the Arizona Coyotes battle the Minnesota Wild on St. Patrick’s Day! This lucky winner is passionate about his home team and can’t wait to meet the announcers who make each play come alive. As part of his prize, Stephen also scored a signed Coyotes sweater and $1,000 in cash. Congrats, Stephen! 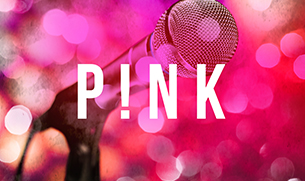 CATHY IS TICKLED PINK TO HAVE WON CONCERT TICKETS!

Cathy was in total disbelief when she received the call from Desert Financial about her prize, and she thought it might actually be a prank phone call. “Oh, my gosh! I’m super excited!” she exclaimed after finding out that she’d won an entire suite for the P!NK concert in March, plus $3,000 in cash. Congrats, Cathy — now it’s time to get the party started!

Fred will be watching the Phoenix Open in style!

Fred and his wife have been members of the credit union for over 40 years. These deserving winners received passes to the Phoenix Open that include clubhouse privileges, valet parking, and a cool $1,000. The best part of winning the prize? Fred gets to share this “bucket list” experience with his wife and children. Congratulations, Fred! 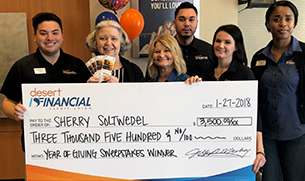 Hamilton is coming to town, and Sherry got VIP tickets!

Hamilton Opening Night Experience — 4 tickets to the show, invites to the cast party

We totally understand if you’re a bit jealous, because Sherry won tickets to one of the biggest Broadway shows ever! Sherry is from the Northwest part of the Valley, so we threw in an extra $500 so she could get a ride to and from the show in downtown Tempe and the cast party in downtown Phoenix. Have fun, Sherry! 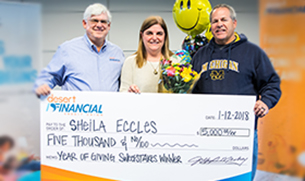 SHEILA WON A TRIP TO THE BIG GAME!

When Sheila got the call from Desert Financial, she was completely surprised. She said, “I never win anything, and now I’m winning the biggest prize ever!” Sheila and her husband, who have been Desert Financial members for 30 years, received $5,000, airfare, hotel, and tickets to the pro football championship! Congrats, Sheila!